It was only a matter of time before another Avon product wormed its way here like the pink ladies did in so many homes throughout the 20th century to present. Go to any Goodwill store across America and you’re sure to find an ancient product some family member couldn’t pawn off to another. It’s hard to separate the predatory MLM side of a company like Avon from the utter nostalgia of their products. They sell the American dream and are endlessly appealing to a woman who finds hope in potential economic independence. Spoiler: it’s a pyramid scheme. I digress. You’re probably wondering how this majestic unicorn came to be? Before Avon ramped up into the beauty conglomerate we all know today, at its heart it was all about the perfume. It was actually launched in the 19th century as California Perfume Company by a traveling book salesman who quickly discovered ladies want the juice vs. rando manuals. Fast forward to the late 1960s when the company now called Avon was producing novelty shaped bottles like this puppy above. They are truly trophies of 20th century kitsch and I’m a sucker. Your grandmother definitely had this on display with her crystal bottles filled with sherry. The juice inside was dry, aldehyde-y, woody, and sharp.

Notes include bergamot, raspberry, aldehydes, orchid, musk, benzoin, moss, incense and a million other things. In real life Avon scents were inexpensive but smelled like a waspy granny with pearly earrings. Definitely vintage, definitely potent. Imagine Laura Bush with a little whimsy. Excuse me while I collect all figural bottles on Ebay right now. 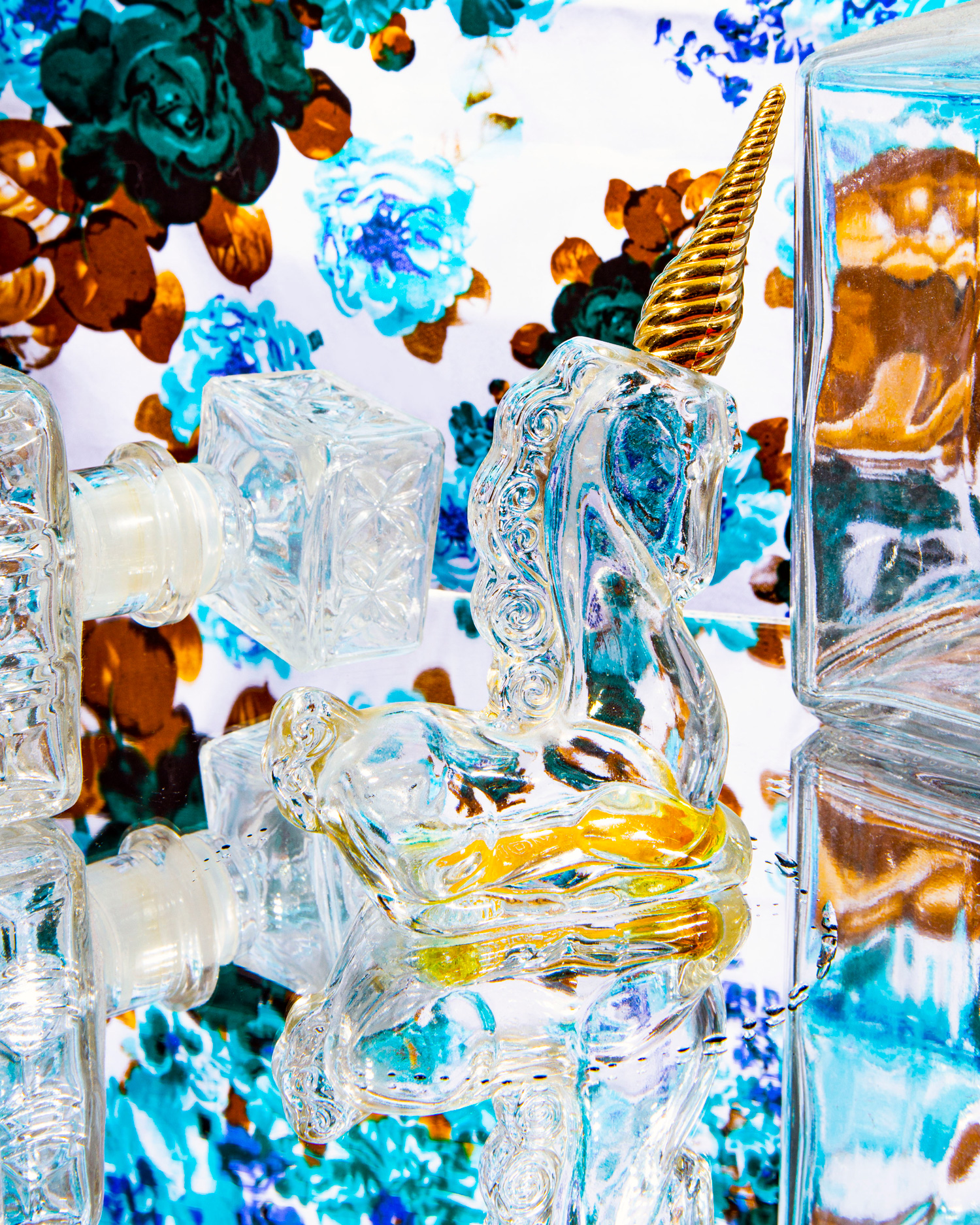