There is nothing I love more than all of Britney Spears’ iconic perfume commercials over the years. Do yourself a favor and go through her whispery baby voiceover and try not to be shook when she utters the tagline at the end of each one. One of the most notable though, is her quivering delivery of, “Fantasy, everybody has one.” I die ten times over. Most know that Britney is the queen and reigning champion of the celebrity fragrance game. We have the new Ariana Grandes of the world making some notably creamy gourmand delights, and the Kardashian Empire pumping out new crystal or body-shaped stinkers—but we don’t yet know if these will stand the test of department to drugstore time. Celeb-endorsed juice isn’t always a sealed deal and that’s part of what makes all of our pop queen’s concoctions unique. They are indeed massive blockbusters to this day. Her own obvious love of perfume goes a long way and is joyous to see as an unhinged fraghead or fangirl. If I was a tween buying Fantasy at my local Kohl’s only to then see that same bottle in a Britney Spears music video (it has been featured in several) I’d also then want to slap a seven-foot albino Burmese python on my shoulders and gyrate all over my bedroom. The built-in Britney advertising method was and still is effective and historic. So many try, but then again—can anyone produce hits like this bitch?

Notes for Fantasy< include litchi, golden quince, jasmine, white chocolate, orris root, musk and woods. In real life Britney said, “It smells amazing, and it is in department stores, so I seriously suggest to be sexy and go out and get it. Seriously.” 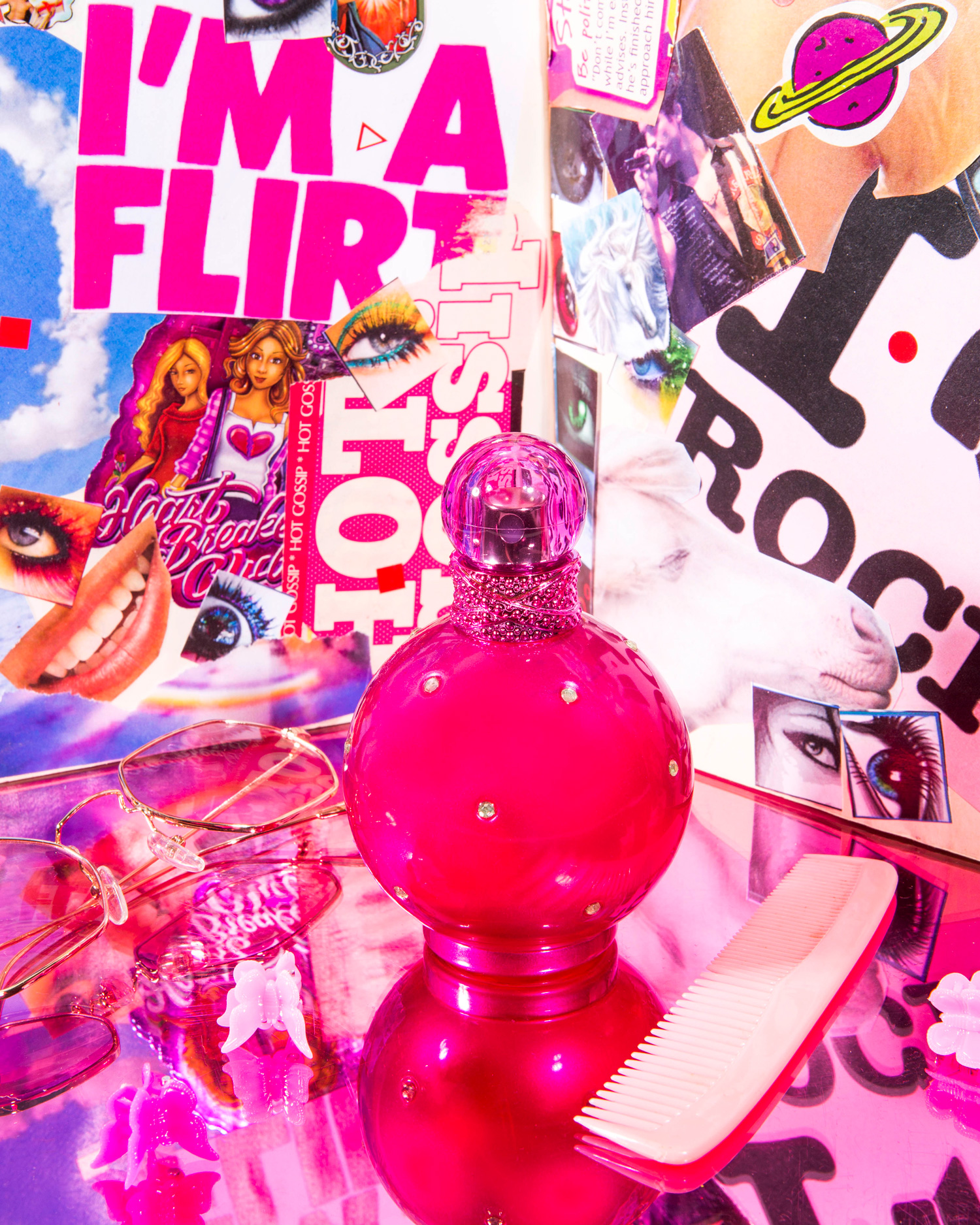