There was a time at the end of the 90s up until the early aughts where you would be hard-pressed to go into a department store and not see something with the Olsen Twins faces on it. I’m sure there are dissertations dedicated to the decades-long obsession with their childhood career—something they both don’t enjoy referencing back to now that they've since proven their authority in fashion and fragrance with The Row and Elizabeth and James perfume. HOWEVER, America has a tendency to fetishize and quite literally eat up complicated sister relationships (hello Kardashians/Jenners) and the rest of us get left with the dead stock at Marshalls that made them millionaires. Mary-Kate and Ashley Olsen’s Coast to Coast perfumes are in just that category. They were made in the era after Passport to Paris but still very much when the twins were churning out a new destination movie every year. It’s giving me very New York Minute mixed with When in Rome from them. The other fragrances in this line involved cities like Tokyo, London, and Malibu. Le Labo City exclusives anyone? Both the perfumes featured here are light, inoffensive, and perfect for dousing after a painfully embarrassing gym class as a tween. I know if I had had this perfume in tween times I would have convinced myself if I sprayed it enough I’d maybe turn into one of the tiny, desirable sisters. Alas!

Notes for NYC include bergamot, yuzu, mandarin, flowers and white musk. Notes for LA include tuberose, gardenia and jasmine. In real life you know you’re going to smell like not an Olsen twin today BUT Megan Fox’s cameo as the villainous Brianna Wallace in Holiday in the Sun. 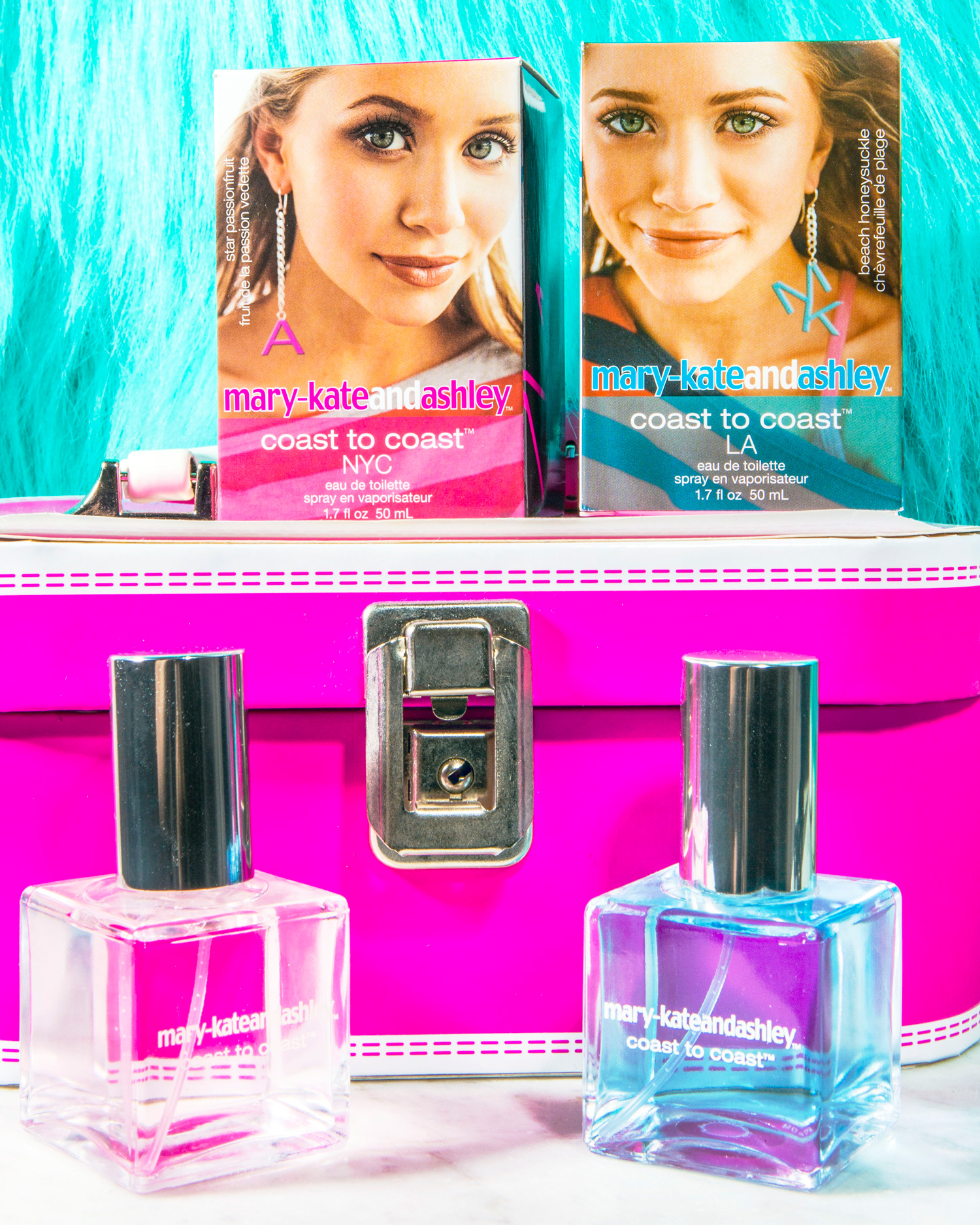