This was basically a perfume version of the “How Do You Do, Fellow Kids?” meme when Steve Buscemi was but a sparkle in the internet’s eye. It is also another perfect example of market researchers co-opting a counter culture to make money. Consumers have always been more conscious than they seem, but we still get served the Kendall Jenners of the world passing a cop a Pepsi. I digress!

Rap Musk by Parfums de Coeur came out in 1990 following the release of their other wildly popular and now impossibly coveted and discontinued Malibu Musk, in 1989. This was the beginning of the Golden Age of Hip Hop and a bunch of product developers knew they had to make a juice with it’s own rap to sell to the new MTV youth. The piggy backing was real and Rap Musk was born with a glorious Fresh Prince-esque cap atop the neon bottle. Accompanying the release was a commercial that will go down in infamy for it’s colloquial tagline, “YOU KNOW WHAT I’M SPRAYIN’?” The person who wore this got it at their local drugstore and put on a healthy mist to impress at the 1990 MTV Music Video Award viewing party. 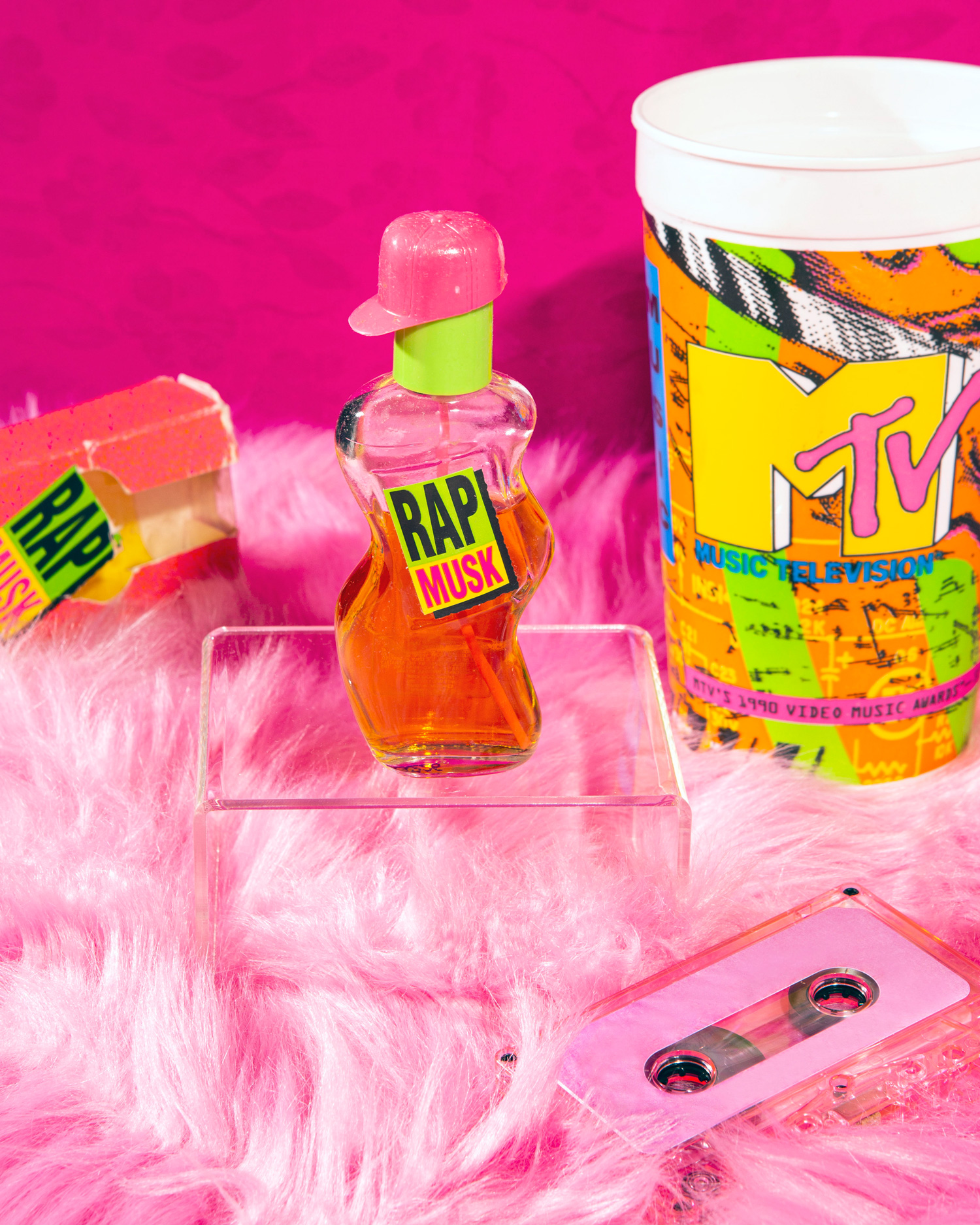