You have to give Paris Hilton credit where credit is due. Not only is she one of the first influencers (some would say the first,) she’s also one of the first celebrities at the turn of the century to use their image to sell fruity florals perfumes. I’m not even talking real fruit—this is a fruit-flavor floral. You may as well be dabbing your neck with a Push Pop.

Kim Kardashian cited Paris as giving her a career simply because Kim existed, albeit rich, alongside Paris for a key period of the early aughts. Funny what happens when you don’t shy away, but embrace and market when the cameras are pointed towards you. If you caught Paris’s recent Youtube documentary, though, you’d learn that putting on a public persona for almost two decades is exhausting. I feel like this first perfume from her line was an early cry for help. It’s a mirror for other people’s desires—but in the end it’s all synthetic sweetness.

Notes include melon, apple and peach; middle notes are freesia, mimosa, lily-of-the-valley, jasmine, lily and tuberose; base notes are musk, ylang-ylang, sandalwood and oakmoss. In real life you will smell like that little bubblegum pop voice uttering “That’s Hot.” 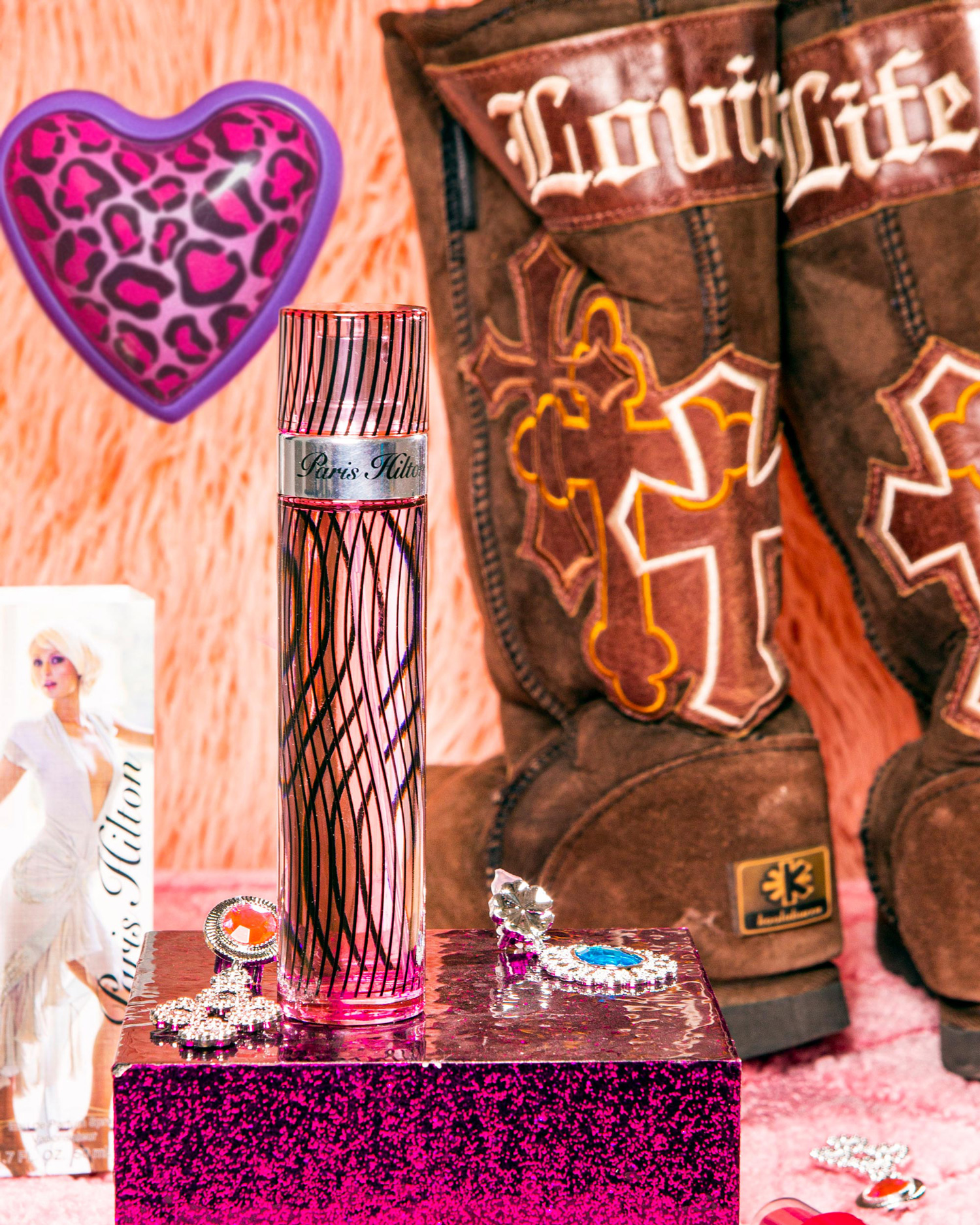