I am a firm believer that OM by Gap kicked off the New Age do-gooderism that has somehow transformed into a GOOP media empire. Wafting onto the scene in 1996, it is one of those iconic fragrances that perfectly reflects the time it was created. The 90s was a decade of peak repentance from 80s excess, and from that awareness came a new generation called “Zen-X.” Zen-Xer’s (cc Evan Collins) love Japanese Architecture and vague ideas of environmentalism through capitalism. I also feel like this phenomenon could single handedly explain the Rainforest Cafes in every mall of America at the time.

The person who wears this is very much going to get their hair done at Aveda, is a complete Origins devotee, and just rubbed their face raw with St. Ives Fresh Skin Apricot Scrub. As they listen to Pure Moods on their walkman, they feel empowered by their clean beauty choices. Eco responsibility needs to be paired with love and light, so they power through a recent Yoga Zone VHS to the tune of “Sweet Lullaby” by Deep Forest. When the tape is over they are ready to face the day, but need to cover the clamminess of their flow. Behind their bamboo screen they pull out a bottle of Gap OM and the enlightenment begins.

Notes include ginger, cedar, coriander, lotus and green notes; middle notes are incense and olibanum; base notes are sandalwood, agarwood (oud) and Peru balsam. In real life you will smell like the Papyrus font. 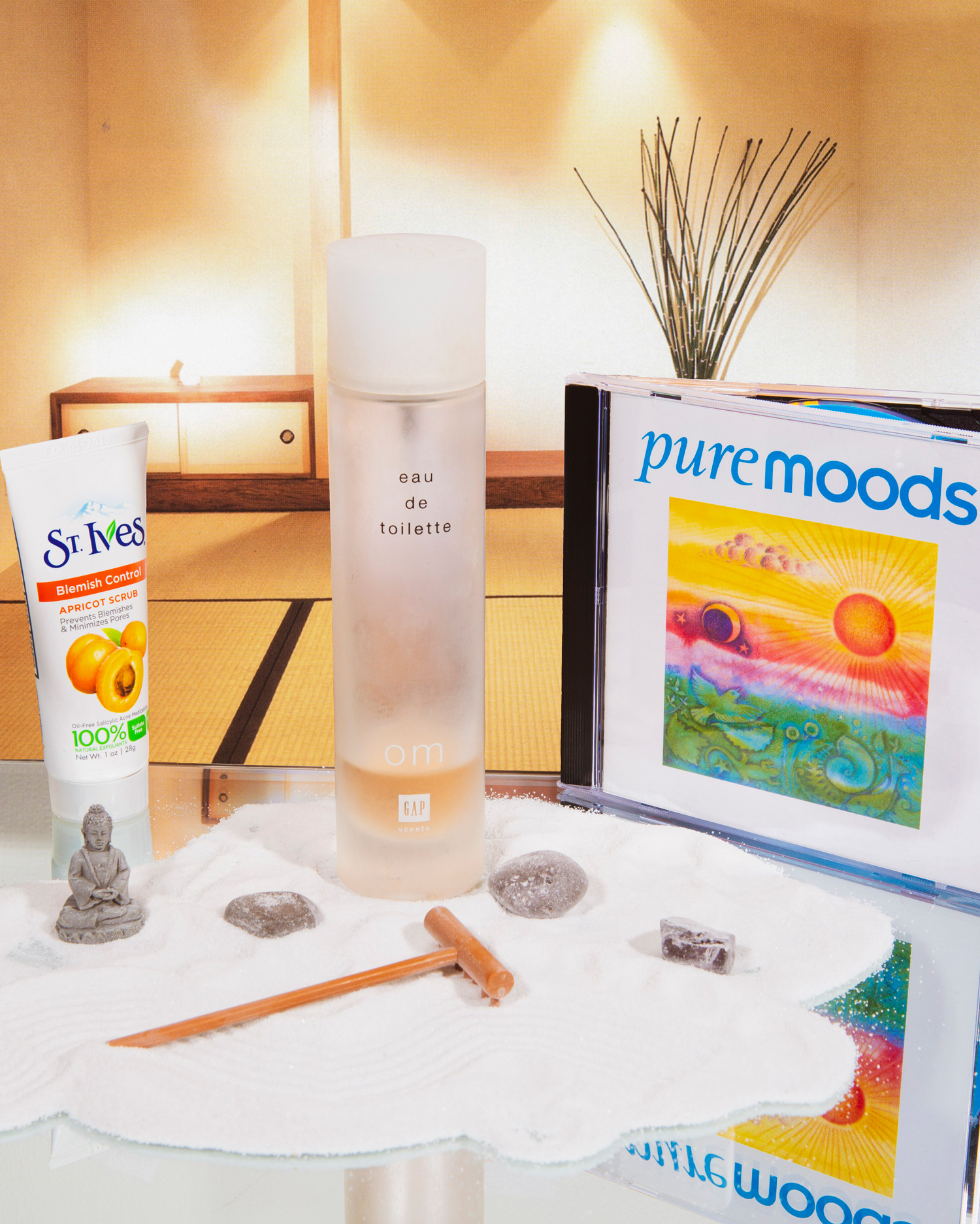