The story of this perfume bottle is also a sordid tale of friendship, betrayal, cocaine, and an iconic fur coat. If you’re familiar with Halston as a genius fashion designer I’m sure you could have guessed as his recent documentary suggested is what follows fabulousness is folly. At the top of his game Halston was America’s first fashion megastar, and every iconic fashion house needs a signature scent to accompany the lifestyle.

He enlisted one of his closest friends, Elsa Peretti, an Italian jewelry designer known now for her gorgeous, bulbous Tiffany creations. The teardrop shape was groundbreaking at a time where rectangle bottles flooded the market. After it’s 1975 debut it went on to be one of the most successful designer perfume launches of all time. The bottle definitely sweetened the pot.

According to a recent Vanity Fair article for her compensation Halston said, “Would you like 25,000 or a sable?” Peretti took the sable that would soon become a bonafide fashion legend. One evening Elsa was dining at Halston’s 63rd St. townhouse and after some drugs and conversation she yelled “Fuck you” to Halston and flung the fur he had given her into a roaring fire, which incinerated the garment immediately. BOTTLE DRAMA! They later reconciled and continue to represent one of the most quintessential collaborations of the Studio 54 era.

In terms of the juice, it’s giving me very, “I did a line of cocaine after a shower and then put on a spritz of Chanel No.5,” vibes. It’s a chypre floral with notes including green leaves, peach, bergamot, orris root, carnation, cedar, rose, sandalwood, patchouli, musk, oakmoss, vetiver and incense. In real life you will smell like Liza Minnelli at The Halston House. Pictured here are vintage travel-size Halston perfume bottles and a classic Peretti ring, sourced by @old_jewelry for this collaboration. 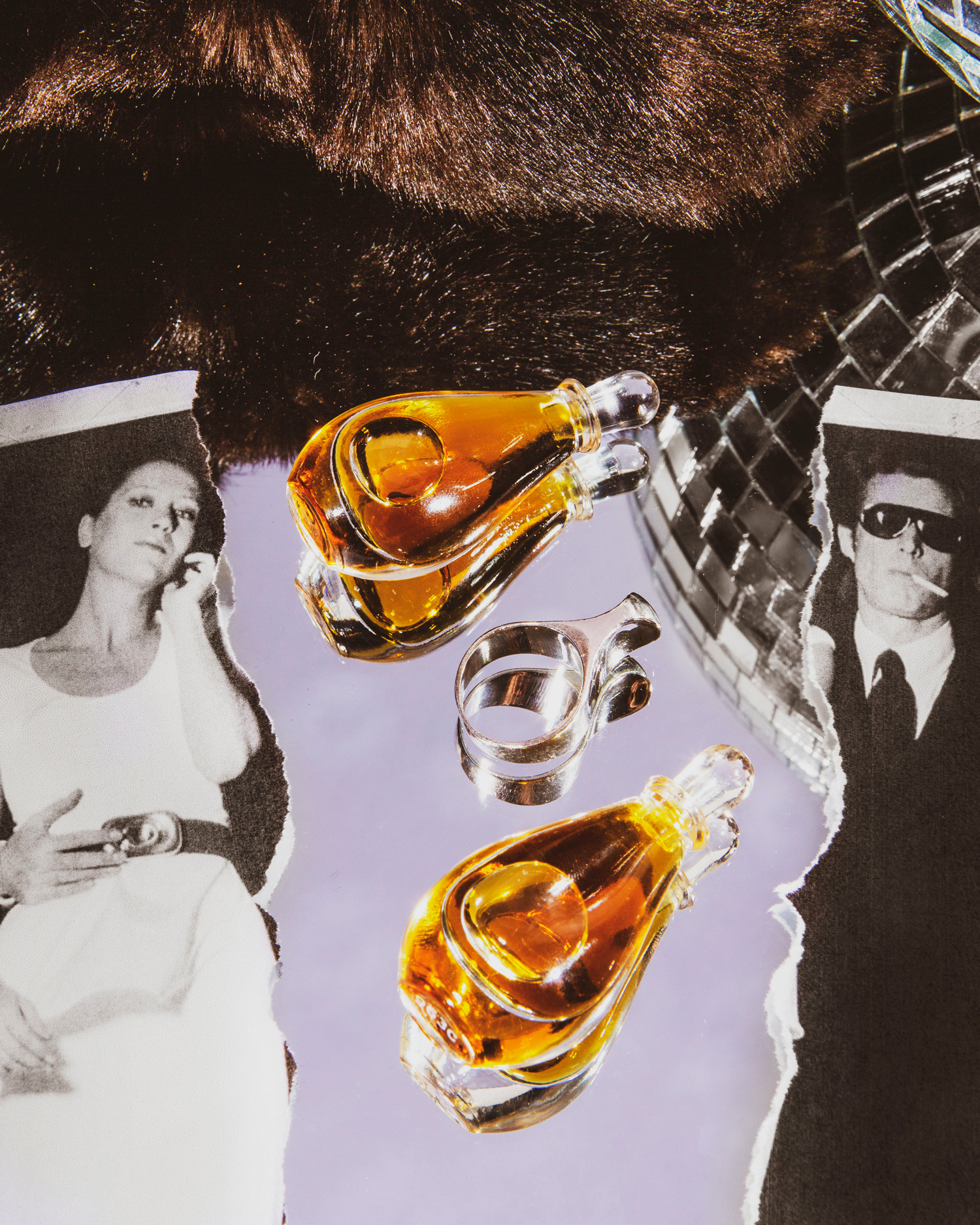