Of course one of the most popular budget men’s colognes of all time became successful because of it’s boh sexist and insipid advertising. Premiering in 1967, Hai Karate came with instructions that told the wearer to put women in a half nelson because they will smell so irresistible they’ll literally need to beat ladies off. Just in time for the second wave of feminism, amirite? In all seriousness, this is why gendering fragrance or any inanimate object for that matter is so ridiculous. Why? Because the advertising will inevitably end up objectifying and putting someone in a box. I also feel like this disgusting juice is basically the grandpa of Axe body spray—who’s advertising until very recently was still peddling toxic masculinity and over-spraying of cheap cologne. Hai Karate had it’s karmic retribution in the 80s when people started to become slightly less comfortable with the initial marketing ploy. That or many men realized it, in fact, didn’t drive women crazy. Who can say? As far as the smell—it definitely falls in the camp of classic barbershop fougeres. A bright opening that leads to a soapy dry down not unlike the disintegrated bar of Irish Spring in your dad’s bathroom. 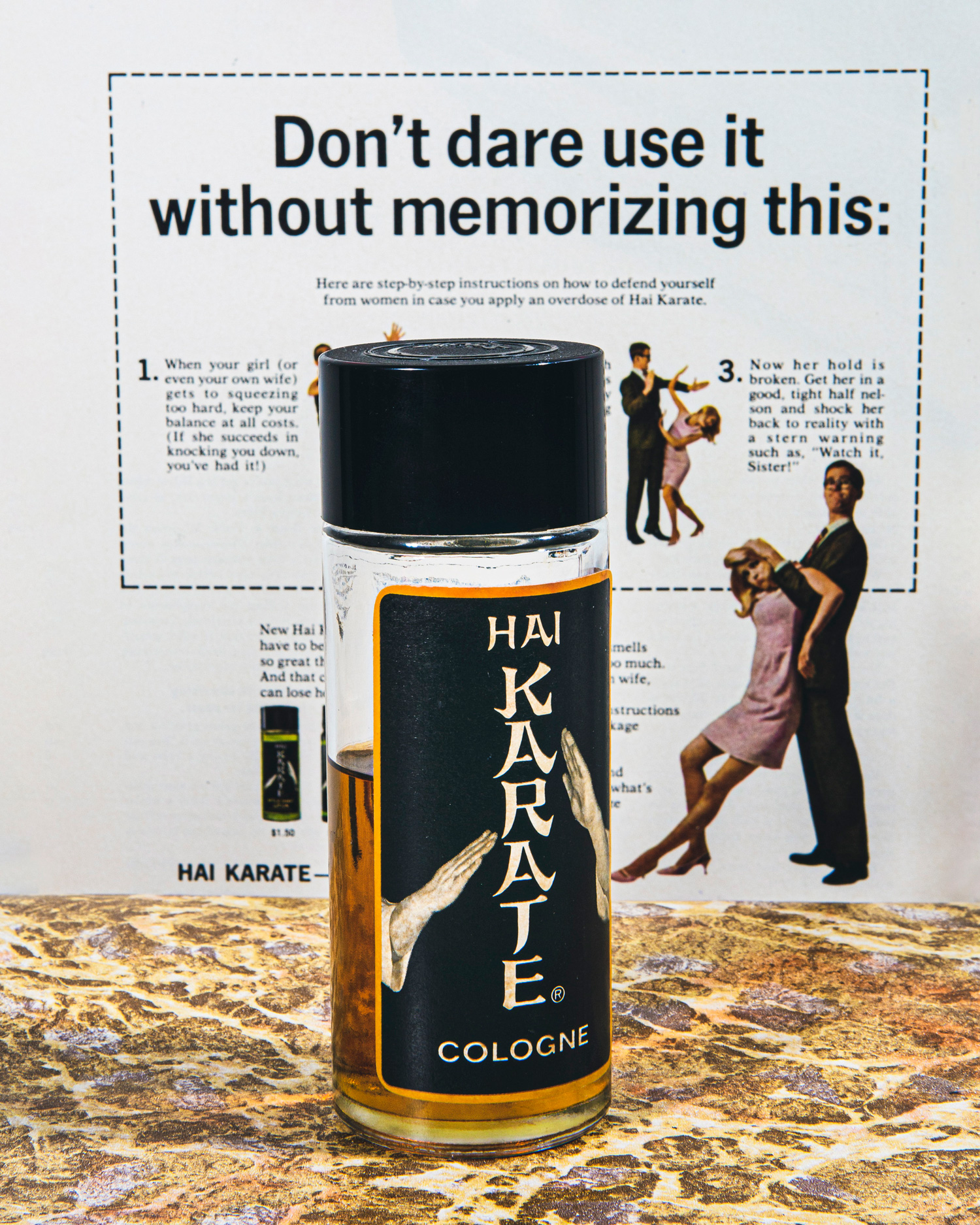