Most people know the Impulse Body Spray line from it’s iconic collaboration with the Spice Girls called Impulse Spice in 1997. They were spokesmodels for the brand while promoting their two albums Spice and Spice World, and naturally they needed the word “Spice” on one more product. Baby Spice historically noted their scent smelled like “a first kiss.” Outside of celeb endorsements, Impulse had been shelling out deodorant sprays since the early 80s encouraging women to spray “all over,” so as not to ever reveal fleshy odors. The butterfly design was always ahead of its time and these sprays became a huge staple for tweens in the 90s to hide the smell of fresh maxi pad and puberty. I remember furiously writing diary entries in gel pens (which were really just listicles of my Pokemon cards and friend ratings) while this wafted out of my armpits. Ultimately I was susceptible to any product that played off my insecurity—so you know this was sprayed in my training bra while I rubbed my face raw with Oxy pads. Hurts so good.

Notes I can’t seem to track down—but in my mind there’s some peony, musk, vanilla, fressia, apple, and some other common things found in fruity floral monstrosities. In real life you will smell like Baby Spice’s binky. 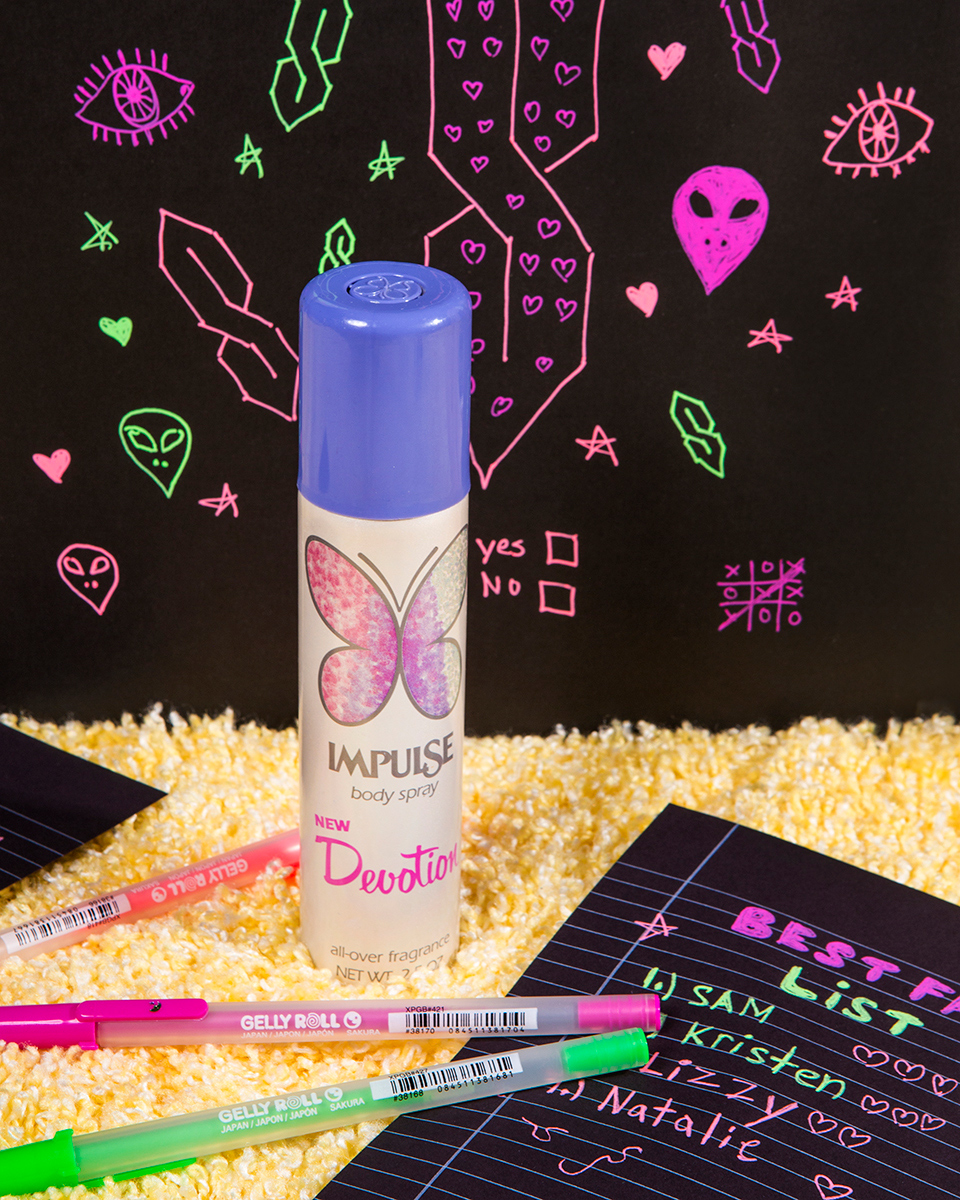