This perfume looks and smells like what I imagine a visit to BabyLand General Hospital is. For those who don’t know, that’s where Cabbage Patch Kids are born. Green, powdery, and slightly creepy. She’s potent, synthetic, and truly not coming off until your next shower involving a serious loofah. Bursting onto the scene in 1990, most will remember Cabotine for her “figural” stopper design by Thierry Lecoule—which is part booger/part carnation. Next comes the unmistakable and inescapable familiar waft of florals and aldehydes. If you can say anything about this perfume it’s this: Cabotine is bang for your buck on longevity and requires CAREFUL application. More than one spritz and you’re looking at becoming the main character in Otomo Katsuhiro’s movie Memories Episode 2: Stink Bomb.

Notes include blackcurrant buds, pear, plum and corriander. The heart is composed of rose, tuberose, ylang-ylang, ginger lily, hyacinth, heliotrope, fresia, violet and iris. The base notes are cedarwood, vanilla, tonka bean, cybet, musk and amber. In real life you’re going to smell like a woman on the verge of a nervous breakdown at a garden party. Enjoy! 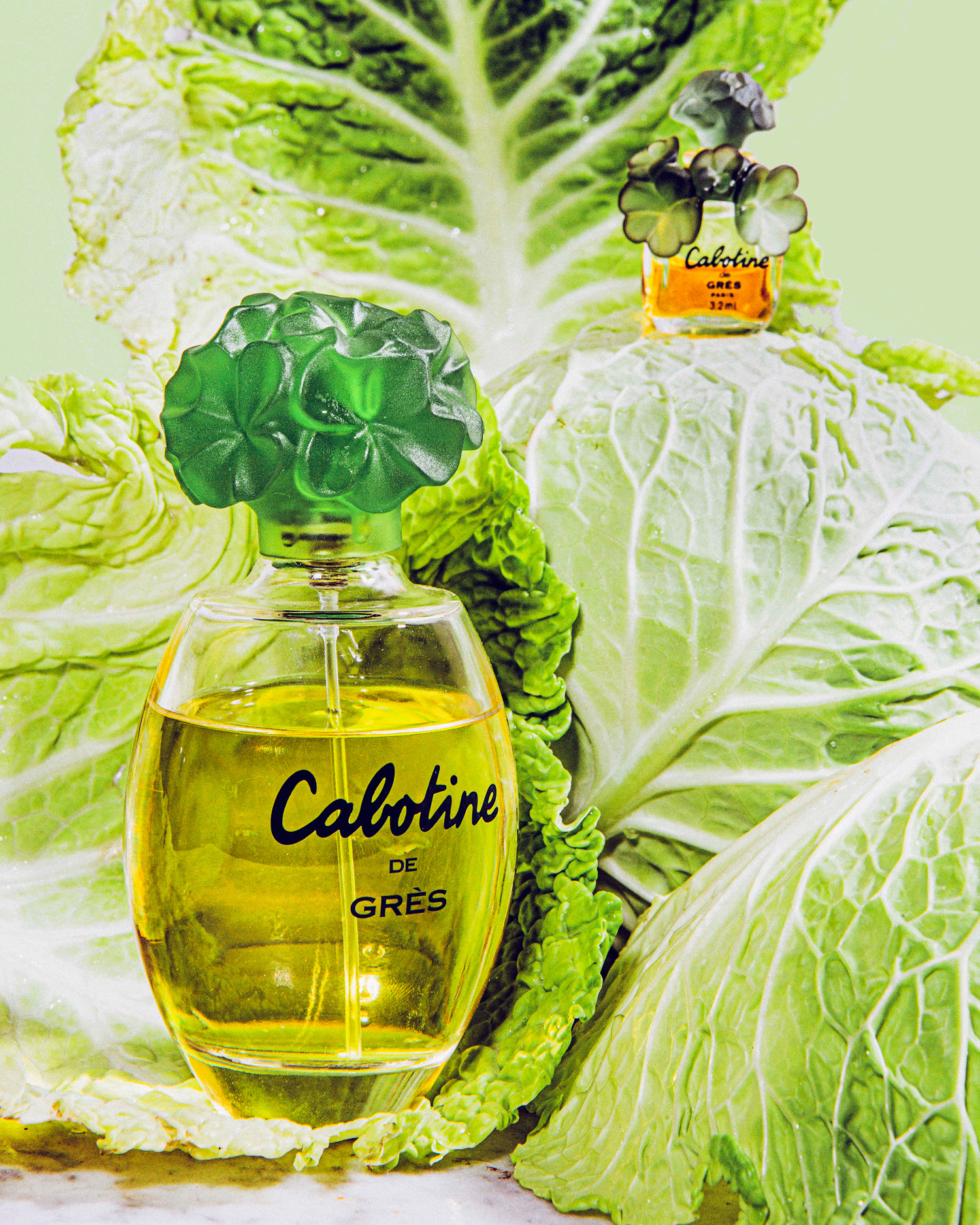