This is the moody bitch of perfumes. She’s very Jane Austen’s, Emma to me. I say this because I myself find melancholy as my muse and this perfume is a perfect dedication to that. It was created by Jacques Guerlain and released in 1912. His inspiration was the namesake for the perfume, i.e. “the blue hour,” in reference to the time between sunset and nightfall on a cloudless summer evening. This is when the light is soft, blue, and still somehow warm. It’s also the time where everyone looks beautiful AF (why do you think we throw scarves on lampshades—give me that blue hour LIGHT across my body.) In a historical context, this was also created as a dedication to the beauty and essence of Parisian ambiance right before World War 1. It’s a nostalgic, rose-colored glasses effect of a city prewar. Isn’t it all so romantic?

I now spritz this and walk out my door in the blue hour trying to recreate the mystique and air conditioner water drips down from a fire escape grate onto my eyeball—NYC doesn’t always capture the same milieu but luckily I have a great imagination. Many feel this perfume was overshadowed by some of Guerlain's later releases I hardly need to mention, but in many ways it only adds to the wistful nature of the story of L’Heure Bleue. However, similar to many other Guerlains this has been reformulated to death and is a shadow of the original brew. If you can get your hands on a vintage bottle before the 1980s I think you’ll be pleasantly surprised by the complexity and the juice color.

Notes include aniseed, bergamot, rose, carnation, tuberose, violet, and neroli. The soft and powdery floral notes are resting on a base of vanilla, tonka bean, iris and benzoin. In real life you will smell like Alexander Payne’s contribution to Paris, je t’aime where a lone Denver mail carrier recalls her trip to the city in a broken French voice-over. Or the feeling you get whenever you travel to a city for the first time by yourself—a little bit of loneliness mixed with yearning. 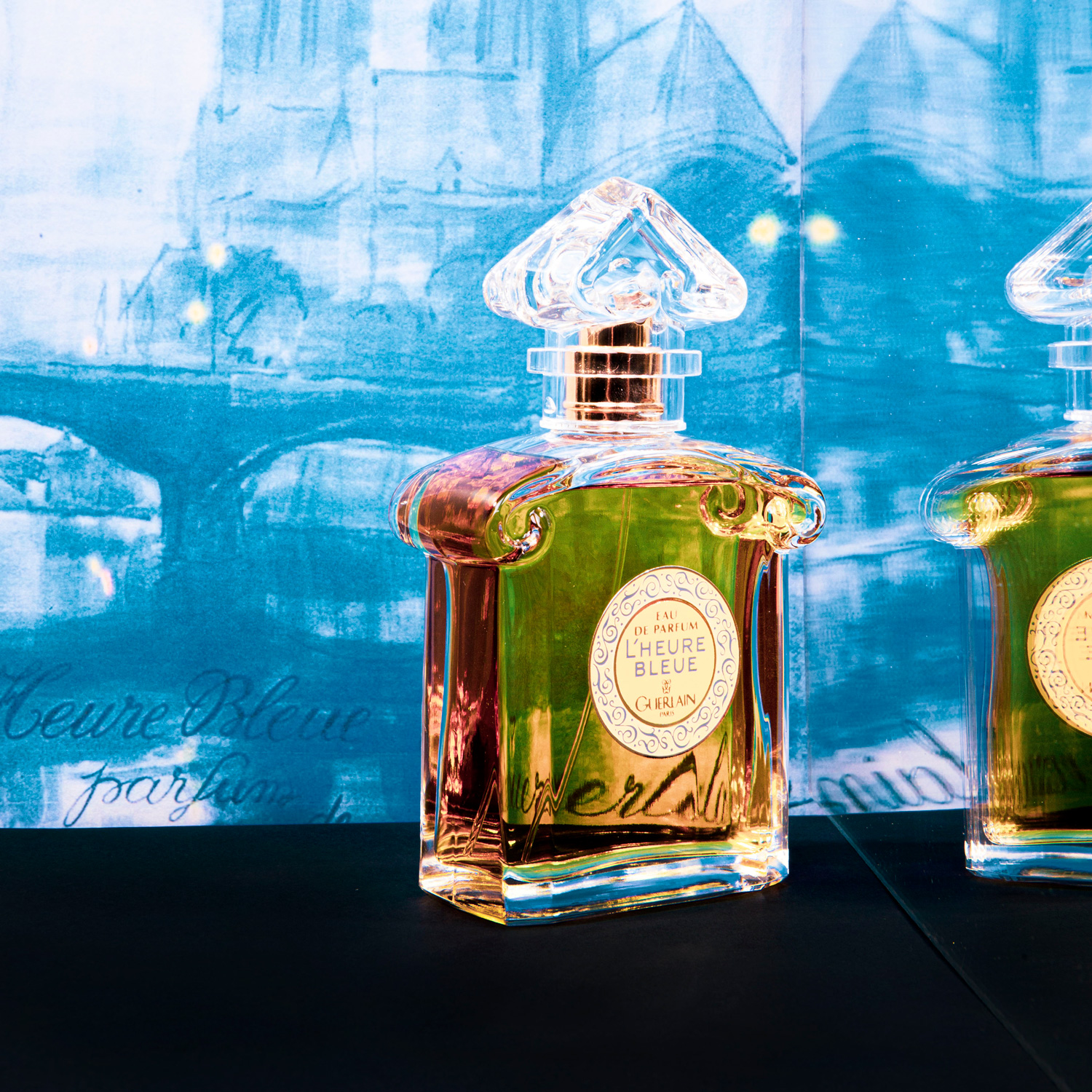